The new compound WTe2I was prepared by a reaction of WTe2 with iodine in a fused silica vessel at temperatures between 40 and 200 °C. Iodine atoms are intercalated into the van der Waals gap between tungsten ditelluride layers. As a result, the WTe2 layer separation and therefore the c-axis length is significantly increased, and the orthorhombic space group is preserved. Iodine atoms form planar layers between each tungsten ditelluride layer. Due to oxidation by iodine the semi-metallic nature of WTe2 is changed, as shown by comparative band structure calculations for WTe2 and WTe2I based on density functional theory. The calculated phonon band structure of WTe2I suggests a charge density wave instability at low temperature. 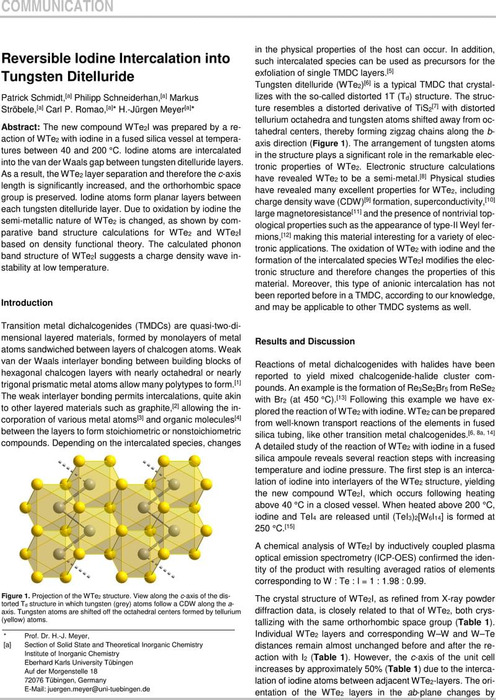 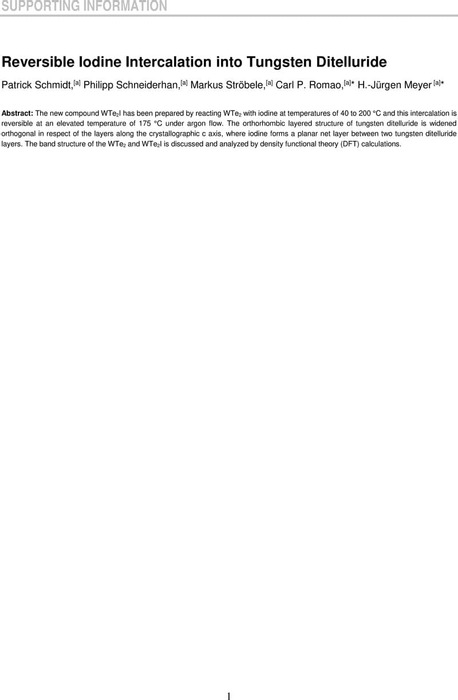 We are encoding your file so that it is compatible across browsers, depending on file size and type this may take some time.
WTe2I-SI