The hydrated electron has fundamental and practical significance in radiation and radical chemistry, catalysis and radiobiology. While its bulk properties have been extensively studied, its behavior at buried solid/liquid interfaces is still unclear due to the lack of effective tools to characterize this short-lived species in between two condensed matter layers. In this study, we develop a novel optoelectronic technique for the characterization of the birth and structural evolution of solvated electrons at the metal/liquid interface with a femtosecond time resolution. We thus recorded for the first time their transient spectra (in a photon energy range from 0.31 to 1.85 eV) in situ with a time resolution of 50 fs. The transient species show state-dependent optical transition behaviors from being isotropic in the hot state to perpendicular to the surface in the trapped and solvated states. The technique will enable a better understanding of hot electron-driven reactions at electrochemical interfaces. 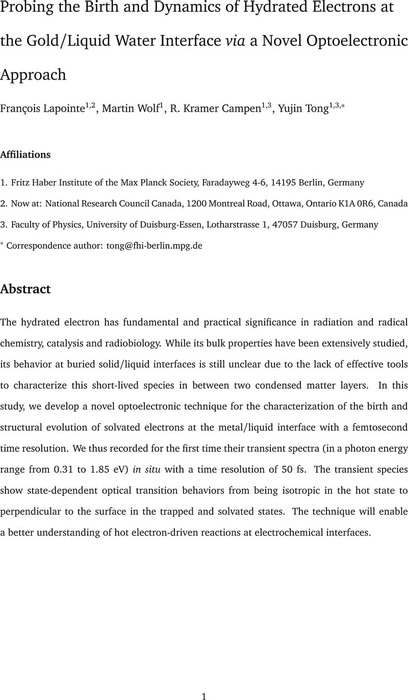 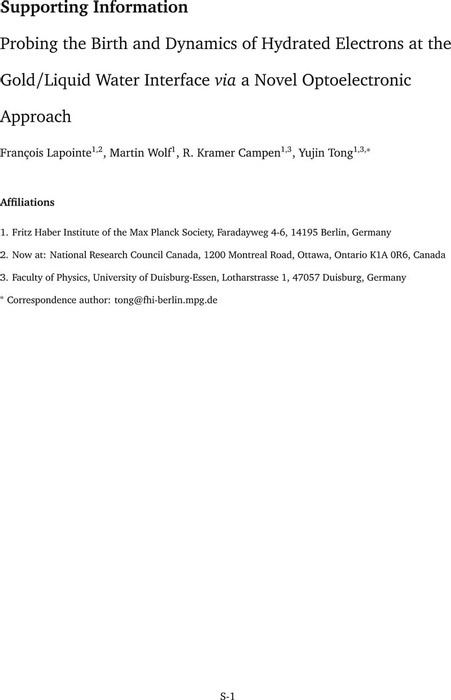 We are encoding your file so that it is compatible across browsers, depending on file size and type this may take some time.
Solvated Electron Tong SI