Pine rosin (colophony) has been identified as a new adulterant in cannabis oil for vaping. Its inhalation toxicity is a significant health concern. For example, pine rosin fumes are released during soldering, and have been cited as a causative agent of occupational asthma. Symptoms also include desquamation of bronchial epithelium, which has been observed in EVALI patients. The sample analyzed herein also contains medium chain triglycerides and oleamide, the latter of which is found in the synthetic marijuana product Spice, or K2. A combination of NMR and HPLC-ESIMS was used to unambiguously identify major pine rosin ingredients such as abietic and other resin acids. Comparison to commercial samples of pure pine rosin confirmed the assignment. 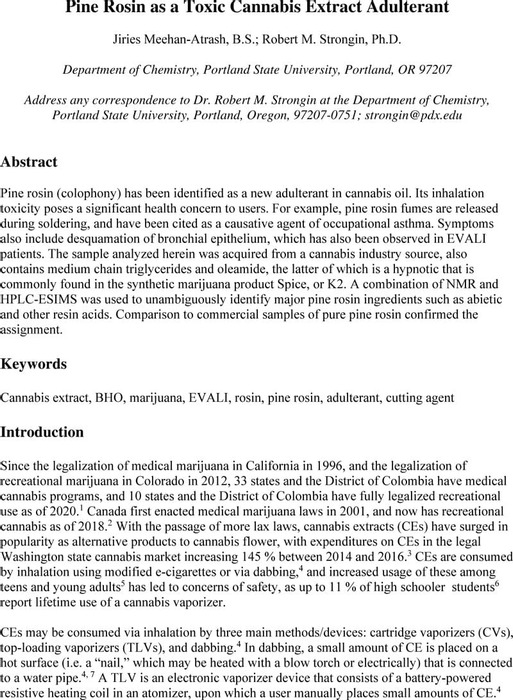 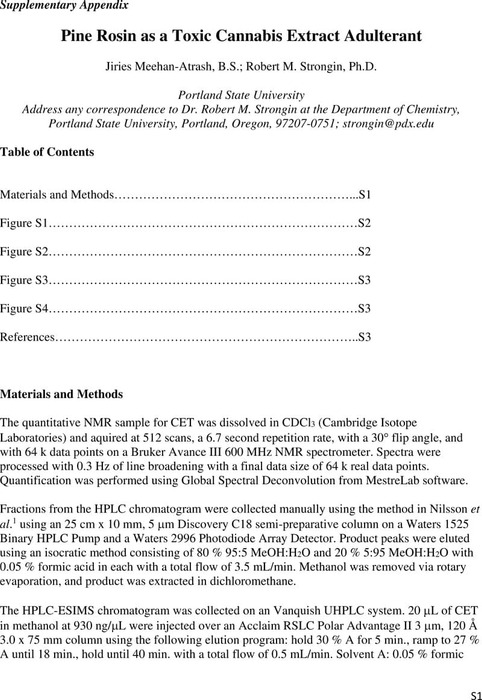 We are encoding your file so that it is compatible across browsers, depending on file size and type this may take some time.
Pine Rosin as a Toxic Cannabis Extract Adulterant SI