Detection of g-rays is of vital significance in various areas such as high-energy physics, nuclear medicine, national security and space exploration. However, most current spectrometry methods are typically based on ionization effects which are limited to electron counting techniques. Herein, we report an alternative, quantifiable g-ray chemosensor from a g-ray-induced proton generation process more sensitive to poly (methyl methacrylate) (PMMA) and polyvinyl chloride (PVC) by surveying a series of commercially available polymers. Accordingly, a pH-sensitive yet g-ray-stable fluorophore is designed, resulting in dramatic fluorescence shift from the blue (lem = 460~480 nm) to the red region (lem = 570~620 nm) after subjecting it to g-irradiation in PMMA or PVC films. A linear response of ratiometric fluorescence intensity (Ired/Iblue) to g-ray dosage in a wide range (80-4060 Gy) was established, which can be used as a visual dosimeter. Meanwhile, the discovery also opens new doors for proton-based radiation detection and chemistry. 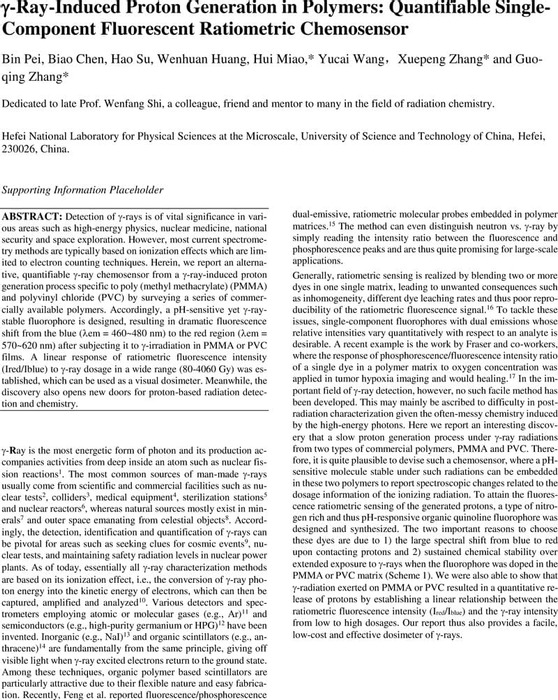