We report the first indirect observation and use of boron vertex-centered carboranyl radicals generated by the oxidation of modified carboranyl precursors. These radical intermediates are formed by the direct oxidation of a B−B bond between a boron cluster cage and an exopolyhedral boron-based substituent (e.g., −BF3K, −B(OH)2). The in situ generated radical species are shown to be competent substrates in reactions with oxygen-based radicals, dichalcogenides, and N-heterocycles, yielding the corresponding substituted carboranes containing B−O, B−S, B−Se, B−Te, and B−C bonds. Remarkably, this chemistry tolerates various electronic environments, providing access to facile substitution chemistry at both electron-rich and electron-poor B−H vertices in carboranes. 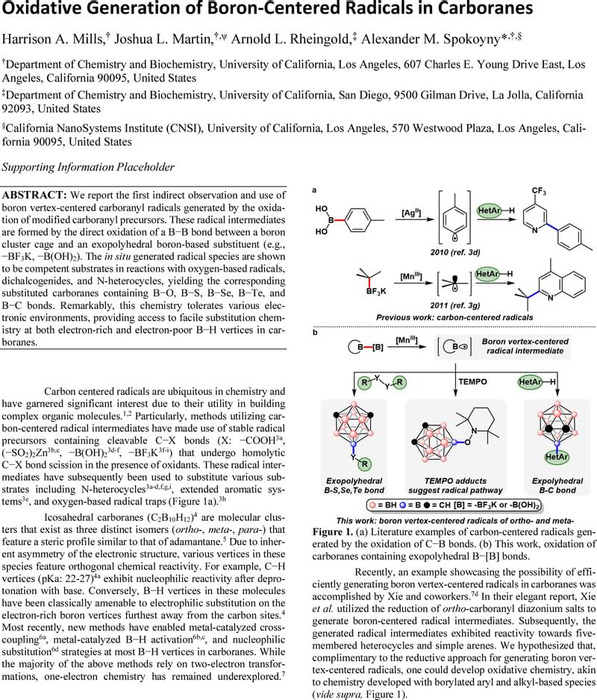 Authors declare no conflicts of interest.