Biodegradation of Polystyrene by Pseudomonas sp. Isolated from the Gut of Superworms

Large quantities of plastic waste represent a grave social issue. Various attempts have been made to solve plastic waste problems, such as methods of natural plastic degradation. Currently, polystyrene (PS) is one of the most widely used plastics in many industries; therefore, degrading PS becomes a critical global issue. In this study, we isolated Pseudomonas sp., a strain of plastic-degrading bacteria known to survive only in the soil, from the gut of the superworms. Thus far, the degradation of PS by Pseudomonas sp. has barely been explored. We examined PS degradation using electronic microscopy, and measured changes in atomic distribution and contact angles with water droplets on the PS surface that represent a chemical change from hydrophobicity to hydrophilicity. During the process of PS degradation by Pseudomonas sp., we examined chemical structural changes using X-ray photoelectron spectroscopy (XPS), Fourier transform-infrared spectroscopy (FT-IR) and nuclear magnetic resonance spectroscopy (NMR) to check for the formation of C=O bonds and changes towards hydrophilicity. RT-qPCR was used to measure the gene expression level of serine hydrolase in Pseudomonas, an enzyme that mediates the plastic degradation. Our findings indicate that Pseudomonas present in the gut of the superworms participates in the degradation of plastics following ingestion. Moreover, this study also identified a candidate enzyme related to PS degradation in Pseudomonas for the first time. Thus, the findings of this study prove significance not only in presenting a novel function of Pseudomonas in the gut of superworms, but also in highlighting a potential solution for PS degradation. 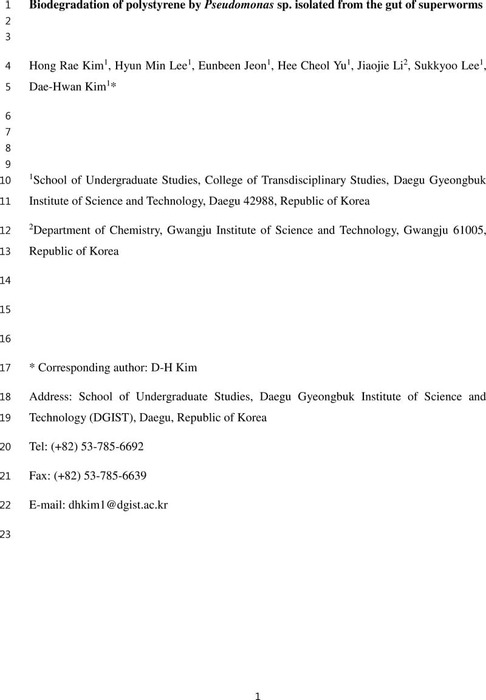 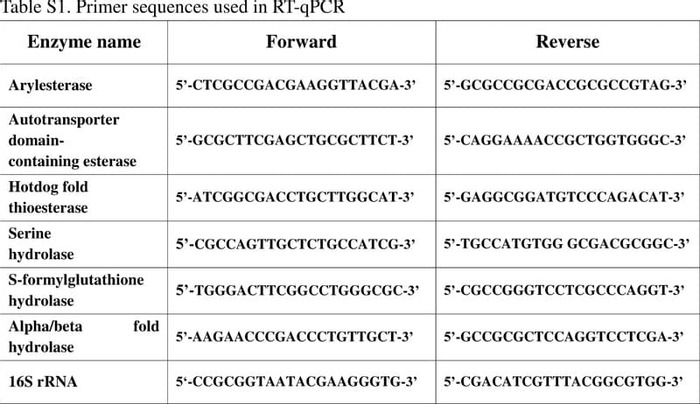 We are encoding your file so that it is compatible across browsers, depending on file size and type this may take some time.
Table S1 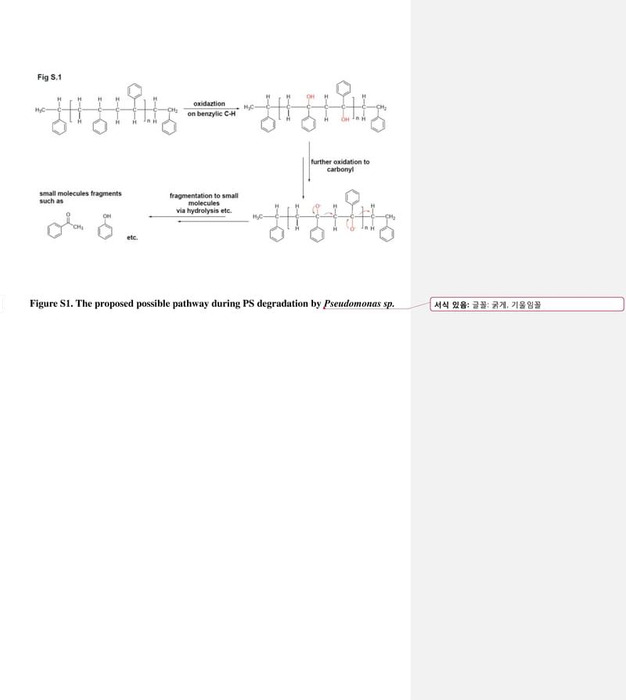 We are encoding your file so that it is compatible across browsers, depending on file size and type this may take some time.
Suppl. fig1