The chemical sciences are producing an unprecedented amount of large, high-dimensional data sets containing chemical structures and associated properties. However, there are currently no algorithms to visualize such data while preserving both global and local features with a sufficient level of detail to allow for human inspection and interpretation. Here, we propose a solution to this problem with a new data visualization method, TMAP, capable of representing data sets of up to millions of data points and arbitrary high dimensionality as a two-dimensional tree (http://tmap.gdb.tools). Visualizations based on TMAP are better suited than t-SNE or UMAP for the exploration and interpretation of large data sets due to their tree-like nature, increased local and global neighborhood and structure preservation, and the transparency of the methods the algorithm is based on. We apply TMAP to the most used chemistry data sets including databases of molecules such as ChEMBL, FDB17, the Natural Products Atlas, DSSTox, DrugBank, as well as to the MoleculeNet benchmark collection of data sets. We also show its broad applicability with further examples from biology, particle physics, and literature. 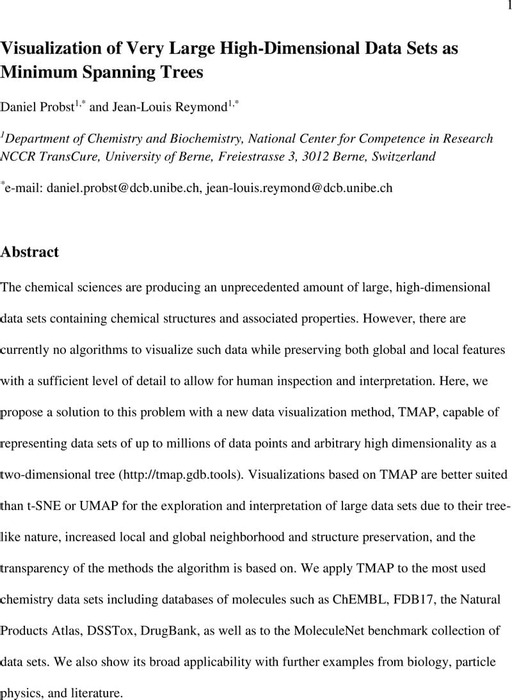 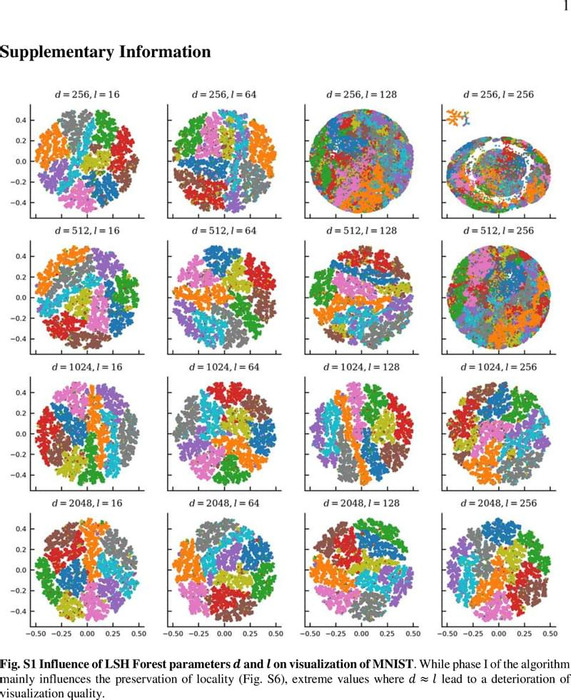 We are encoding your file so that it is compatible across browsers, depending on file size and type this may take some time.
manuscript mstmap daniel probst v8 si