We estimate the rate of electron transfer to CO2 at the Au (211)|water interface during adsorption in an electrochemical environment under reducing potentials. Based on density functional theory calculations at the generalized gradient approximation and hybrid levels of theory, we find electron transfer to adsorbed *CO2 to be very facile. This high rate of transfer is estimated by the energy distribution of the adsorbate-induced density of states as well as from the interaction between diabatic states representing neutral and negatively charged CO2. Up to 0.62 electrons are transferred to CO2, and this charge adiabatically increases with the bending angle to a lower limit of 137°. We conclude that this rate of electron transfer is extremely fast compared to the timescale of the nuclear degrees of freedom, that is, the adsorption process.

Revised submission before the second review 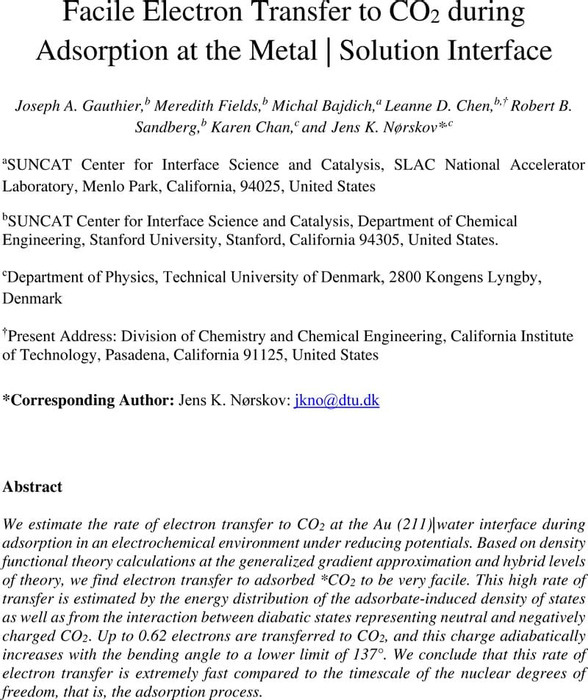 We are encoding your file so that it is compatible across browsers, depending on file size and type this may take some time.
final SI