In this manuscript we describe how, by taking a systems approach, complex energy landscapes of supramolecular assemblies can be navigated using stoichiometry to control, with remarkable selectivity, which assembly gets populated. The perhaps counterintuitive finding is that it is not necessarily the assembly that, in a one-to-one comparison, is the most stable that wins the competition for common building blocks, even though the system is under thermodynamic control. Instead, an individually less stable assembly may completely dominate the system. This domination is possible when the building block stoichiometry in the system matches the stoichiometry of this specific assembly, allowing the system to maximize binding energy by making a large number of assemblies of moderate stability as opposed to a small number of more stable assemblies. 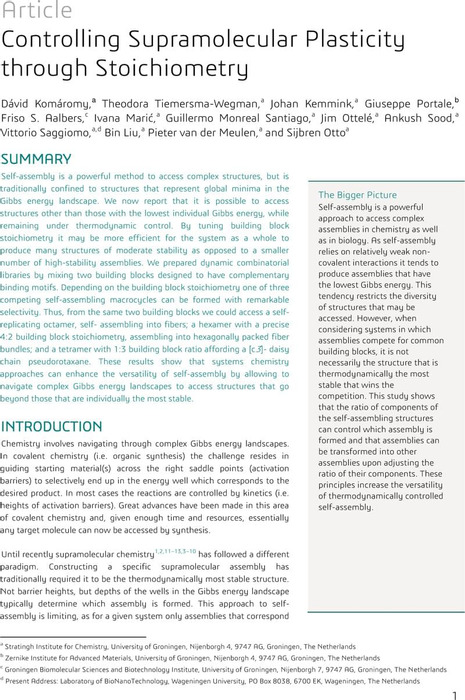