Biomolecular crowding affects the biophysical and biochemical behavior of macro- molecules when compared to the dilute environment present in experiments made with isolated proteins. Computational modeling and simulation are useful tools to study how crowding affects the structural dynamics and biological properties of macromolecules. As computational power increased, modeling and simulating large scale all-atom explicit solvent models of the prokaryote cytoplasm become possible. In this work, we build an atomistic model of the cytoplasm of Escherichia coli composed of 1.5 million atoms and submit it to a total of 3 μs of molecular dynamics simulations. The properties of biomolecules under crowding conditions are compared to those from simulations of the individual compounds under dilute conditions. The simulation model is found to be consistent with experimental data about the diffusion coefficient and stability of macromolecules under crowded conditions. In order to stimulate further work we provide a Python script and a set of files that enables other researchers to build their own E. coli cytoplasm models to address questions related to crowding. 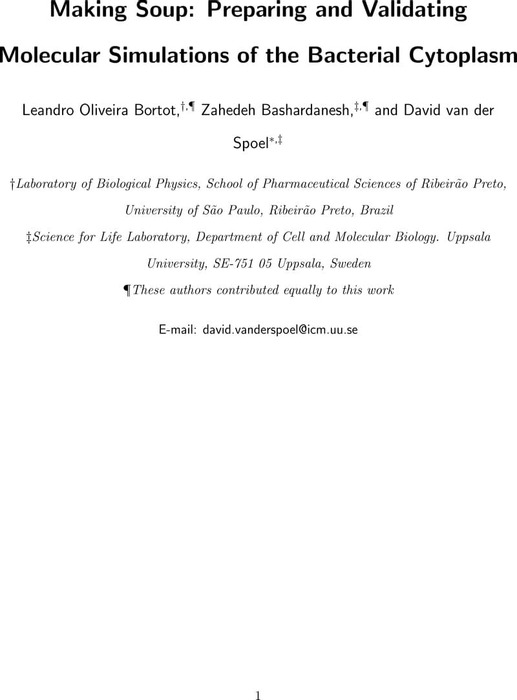