The role of electrostatic interactions and mutations that change charge states in intrinsically disordered proteins (IDPs) is well-established, but many disease-associated mutations in IDPs are charge-neutral. The Val66Met single nucleotide polymorphism (SNP) in precursor brain-derived neurotrophic factor (BDNF) is one of the earliest SNPs to be associated with neuropsychiatric disorders, and the underlying molecular mechanism is unknown. Here we report on over 250 μs of fully-atomistic, explicit solvent, temperature replica exchange molecular dynamics (MD) simulations of the 91 residue BDNF prodomain, for both the V66 and M66 sequence. The simulations were able to correctly reproduce the location of both local and non-local secondary changes due to the Val66Met mutation when compared with NMR spectroscopy. We find that the change in local structure is mediated via entropic and sequence specific effects. We developed a hierarchical sequence-based framework for analysis and conceptualization, which first identifies “blobs” of 5-15 residues representing local globular regions or linkers. We use this framework within a novel test for enrichment of higher-order (tertiary) structure in disordered proteins; the size and shape of each blob is extracted from MD simulation of the real protein (RP), and used to parameterize a self-avoiding heterogenous polymer (SAHP). The SAHP version of the BDNF prodomain suggested a protein segmented into three regions, with a central long, highly disordered polyampholyte linker separating two globular regions. This effective segmentation was also observed in full simulations of the RP, but the Val66Met substitution significantly increased interactions across the linker, as well as the number of participating residues. The Val66Met substitution replaces β-bridging between Val66 and Val94 (on either side of the linker) with specific side-chain interactions between Met66 and Met95.The protein backbone in the vicinity of Met95 is then free to form β-bridges with residues 31-41 near the N-terminus, which condenses the protein. A significant role for Met/Met interactions is consistent with previously-observed non-local effects of the Val66Met SNP, as well as established interactions between the Met66 sequence and a Met-rich receptor that initiates neuronal growth cone retraction. 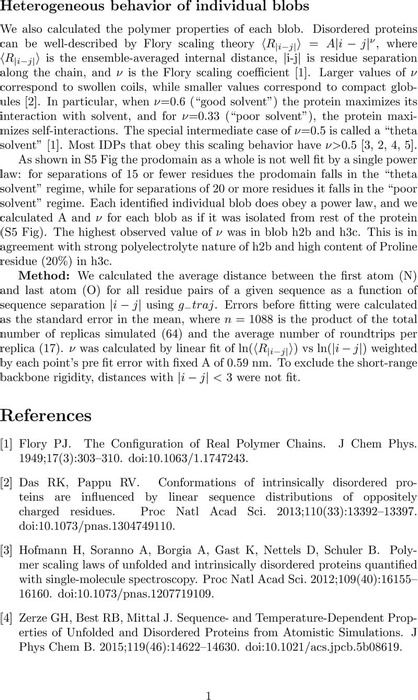 download asset S1_text.pdf 0.08 MB [opens in a new tab] cloud_download
pdf : 0.08 MB
We are encoding your file so that it is compatible across browsers, depending on file size and type this may take some time.

download asset IDP_Val66Met_Lohia_ruchi_version.pdf 28 MB [opens in a new tab] cloud_download
pdf : 28 MB
We are encoding your file so that it is compatible across browsers, depending on file size and type this may take some time.
IDP Val66Met Lohia ruchi version 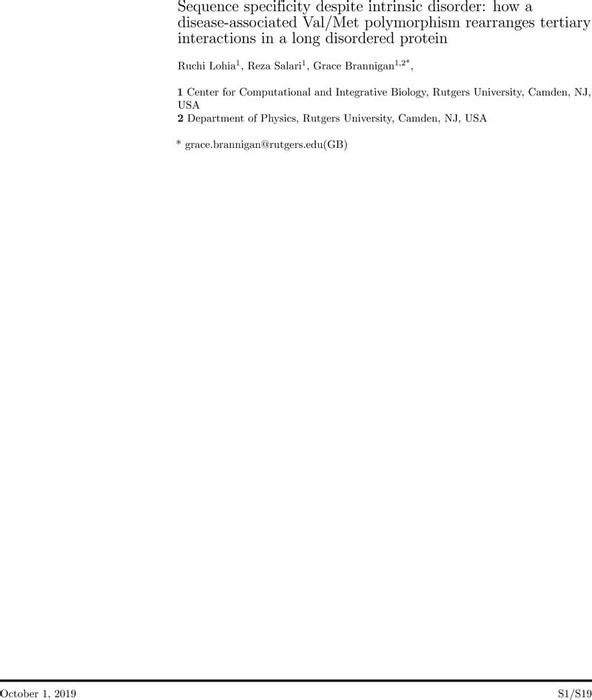 download asset SI.pdf 21 MB [opens in a new tab] cloud_download
pdf : 21 MB
We are encoding your file so that it is compatible across browsers, depending on file size and type this may take some time.
SI 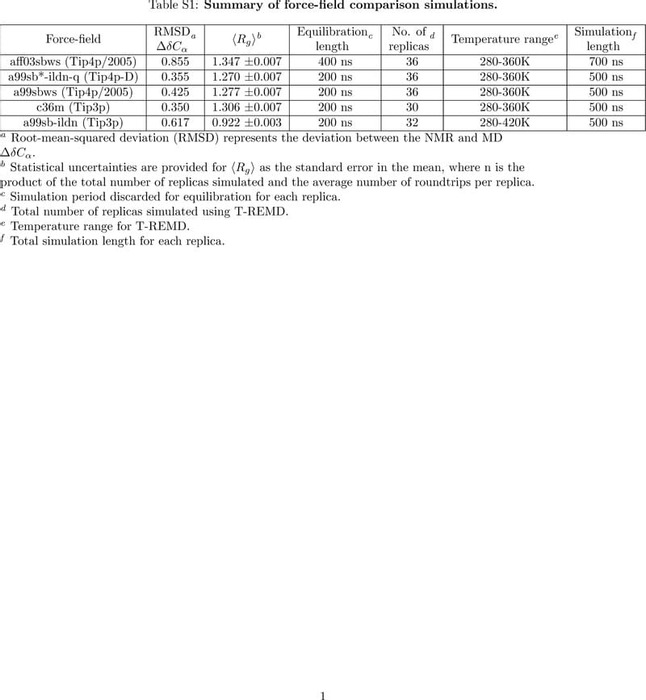 download asset Table S1.pdf 0.06 MB [opens in a new tab] cloud_download
pdf : 0.06 MB
We are encoding your file so that it is compatible across browsers, depending on file size and type this may take some time.
Table S1