Herein we present a comprehensive study of the highly oxidized species of multiple-decker complexes composed of Tb(III) and Cd(II) ions and two to five phthalocyaninato ligands, which are stabilized by electron-donating n-butoxy chains. Paramagnetic 1H NMR measurements for the series of triple, quadruple and quintuple-decker complexes revealed that ligand oxidations lead to a decrease in magnetic anisotropy, as predicted from ab initio calculations. Unusual paramagnetic shifts were observed in +2e charged quadruple and quintuple-decker complexes, indicating that those two species are actually triplet biradicals. The X-ray structural analysis for the series of oxidized multiple-decker complexes revealed that all the species show an axial compression induced by the ligand oxidations, resulting in the bowl-shaped distortion of the ligands, in agreement with predictions from DFT calculations. Magnetic measurements revealed that the series of complexes show single-molecule magnet (SMM) properties, which are controlled by the multi-step redox induced structural changes. 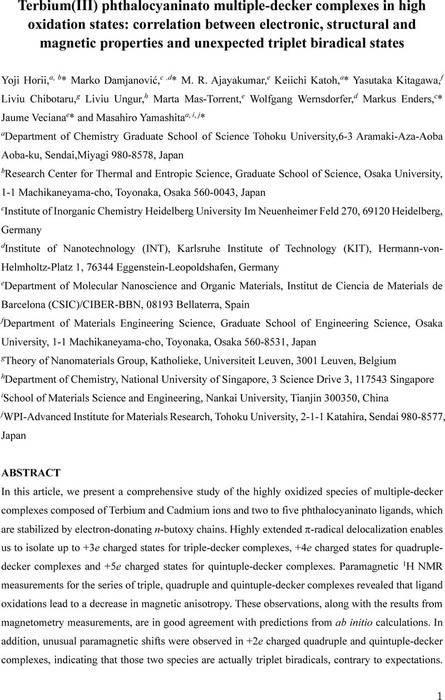 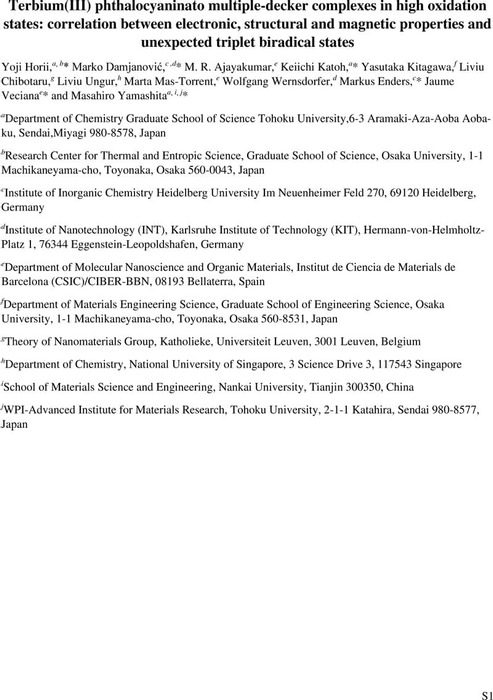 We are encoding your file so that it is compatible across browsers, depending on file size and type this may take some time.
ESI final

The authors declare no conflicts of interest associated with this manuscript.