The deconvolution of low-resolution time-of-flight data has numerous advantages including the ability to extract additional information from the experimental data. We augment the well-known Lucy-Richardson deconvolution algorithm by various Bayesian prior distributions and show that a prior of second-differences of the signal outperforms the standard Lucy-Richardson algorithm by accelerating the rate of convergence by a factor of two and preserving the peak amplitude ratios of a larger fraction of the total peaks. A stopping criterion and boosting mechanism is implemented to ensure that these methods converge to the same final entropy and that local minima are avoided. Improvement by a factor of two in mass resolution of the signal allowed more accurate quantification of the spectra. The general method is demonstrated in this paper by the deconvolution of fragmentation pathway peaks of the benzyltriphenylphosphonium thermometer ion following femtosecond ultraviolet laser desorption. 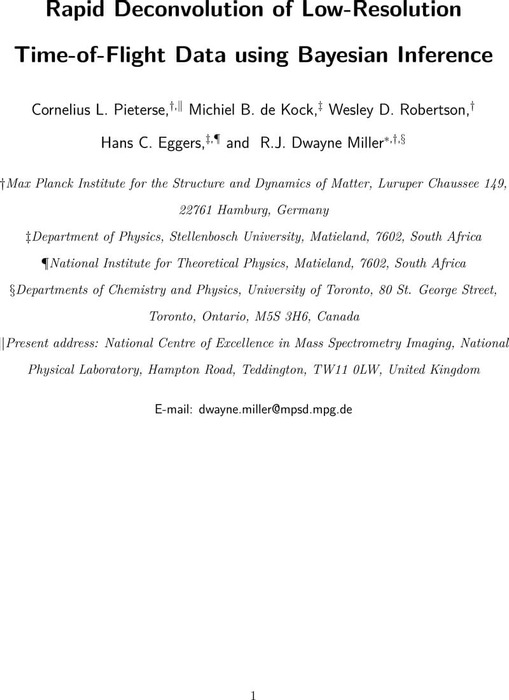