An intramolecular C(sp3)-H amidation proceeds in the presence of t-BuOK, molecular oxygen, and DMF. The success of this reaction hinges on the deprotonation of a mildly acidic N-H bond and selective radical activation of a benzylic C(sp3)-H bond towards hydrogen atom transfer (HAT). DFT calculations suggest a thermodynamically favorable sequence of steps mediated by the generation of a radical-anion intermediate. As this intermediate starts to form a two-centered/three-electron (2c,3e)C-N bond, the extra electron is “ejected” into the π*-orbital of the aromatic core. The resulting cyclic radical-anion is readily oxidized by molecular oxygen to forge the C-N bond of the product. The transformation of a relatively weak reductant into a stronger reductant (i.e., “reductant upconversion”) allows one to use mild oxidants such as molecular oxygen. In contrast, the second stage of NH/CH activation forms a highly stabilized radical-anion intermediate incapable of electron transfer to molecular oxygen. Hence, the oxidation is impossible and an alternative reaction path opens via coupling between the radical anion intermediate and either superoxide or hydroperoxide radical. The hydroperoxide intermediate transforms into the final hydroxyisoindoline products under basic conditions. The use of TEMPO as an additive was found to activate less reactive amides. The combination of experimental and computational data outlines a conceptually new mechanism for the conversion of unprotected amides into hydroxyisoindolines proceeding as a sequence of C-H amidation and C-H oxidation.

First version of this manuscript. 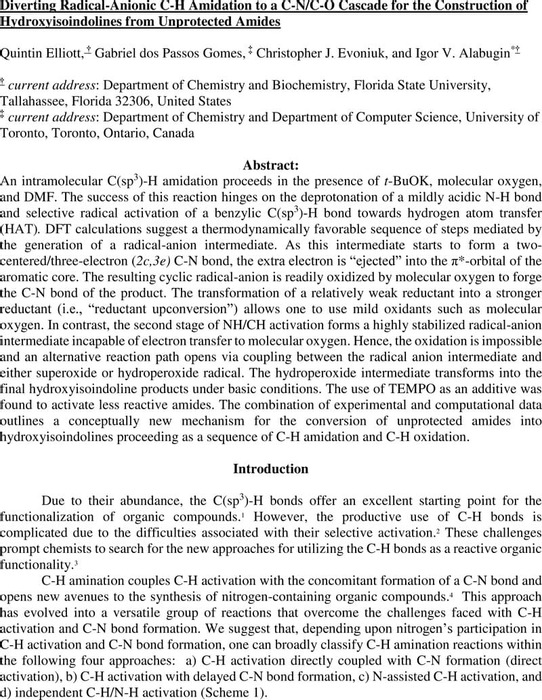 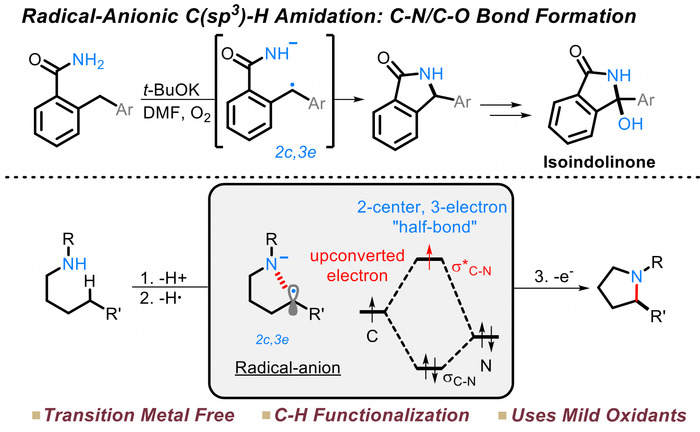 We are encoding your file so that it is compatible across browsers, depending on file size and type this may take some time.
TOC CH-Amidation chemrxiv v1 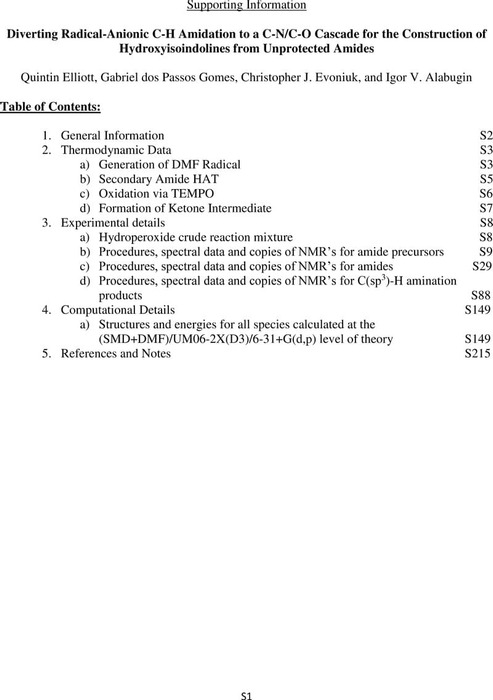 We are encoding your file so that it is compatible across browsers, depending on file size and type this may take some time.
SI CH-Amidation chemrxiv v1