Despite its immense relevance in the context of the emergence of life, the pairing of nucleobases has only been observed for regioselectively methylated adenine and thymine. This is surprising as it raises the question why would nucleobases be incorporated into DNA if they were unable to self-assemble beforehand. Here, we have discovered that elusive pairing of methylated guanine and cytosine is readily available in the solid state by heating, where the two nucleobases self-assemble via Watson-Crick hydrogen-bonding. Dry heating preserves DNA-specificity as a four-component mixture of nucleobases provides self-assembly only of complementary pairs. We thus emphasize the importance of the solid state as the reaction medium, even for the supramolecular chemistry of life, which was thus far underexplored in the prebiotic context. 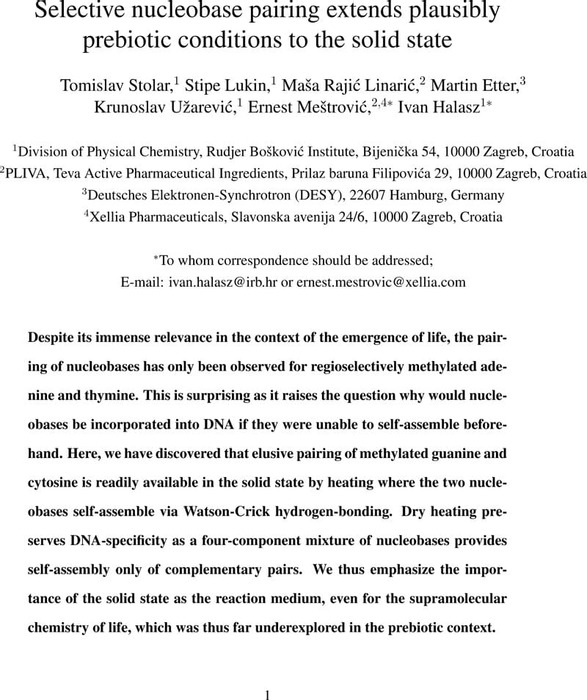 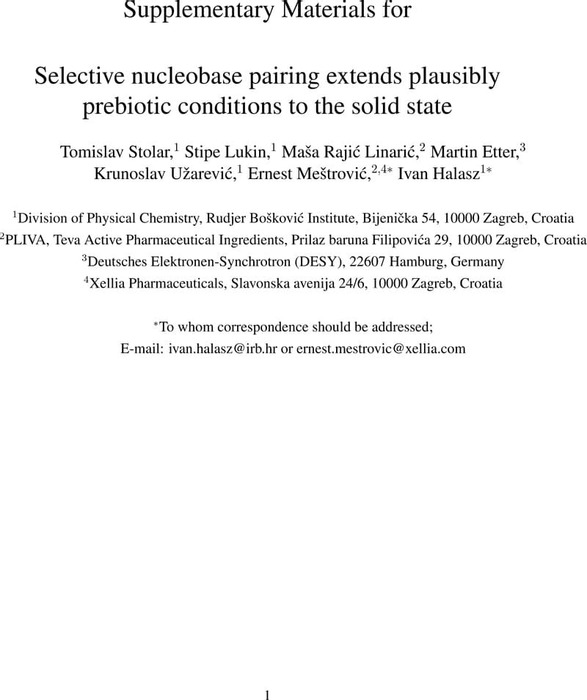 We are encoding your file so that it is compatible across browsers, depending on file size and type this may take some time.
SI-Stolar-version 2