Reverse intersystem crossing (RISC), originally considered forbidden in purely organic materials, has been recently enabled by minimizing the energy gap between the lowest singlet excited state (S1) and lowest triplet state (T1) in thermally activated delayed fluorescence (TADF) systems. However, direct spin-inversion between S1 and T1 is still inefficient when both states are of the same charge transfer (CT) nature (i.e. 1CT and 3CT, respectively). Intervention of locally excited triplet states (3LE) between 1CT and 3CT is expected to trigger fast spin-flip. Here, we report on the systematic-design of the ideal TADF molecules with near-degenerate 1CT, 3CT and 3LE states by controlling the through-space distance between the donor and acceptor segments in a molecule with tilted intersegment angles. The new system realizes very fast RISC with a rate constant (kRISC) of 1.2×107 s−1. The large kRISC of the emitter resulted in great device performance in the applications to blue TADF assisted fluorescence organic light-emitting diodes (OLEDs) as well as TADF-emitter OLEDs. 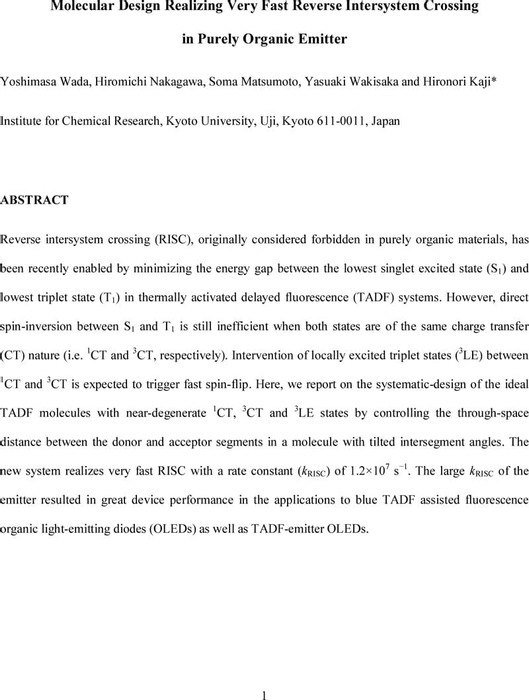 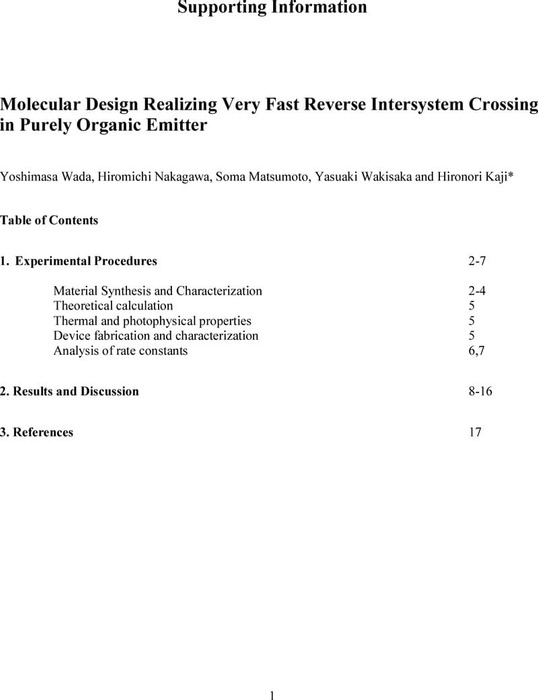