Due to the lack of synthetic methods for their synthesis, azetidines are an underrepresented class of nitrogen-containing heterocycles. Herein, we describe the development of a mild, general protocol for the synthesis of azetidines relying on a visible light-mediated [2+2] cycloaddition between oximes and olefins catalyzed by an iridium photocatalyst. This approach is characterized by its operational simplicity, low catalyst loadings and functional group tolerance. Mechanistic investigations suggest that a triplet energy transfer mechanism is operative. 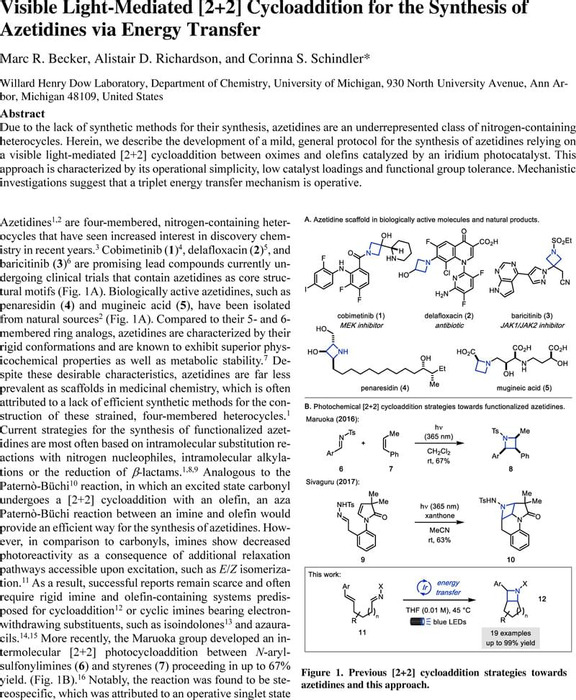