We use cookies to distinguish you from other users and to provide you with a better experience on our websites. Close this message to accept cookies or find out how to manage your cookie settings. Learn more about our Privacy Notice... [opens in a new tab]
Nanoscience
search

We study the near-field and far-field optical response of nanoparticle-on-film systems using single-nanoparticle spectroscopy and numerical simulations. We find that the optical spectra contain three dominant modes - a transverse dipole and quadrupole mode, and a dominant vertical antenna mode. We vary the thickness of the metal film from 10 – 45 nm, and find that the vertical antenna mode wavelength is nearly independent of the film thickness. In contrast, we find that the associated near-field enhancement in the gap between the particle and the film strongly depends on the film thickness. This trend is also observed in the far-field where the vertical antenna mode strongly increases in amplitude for increasing film-thicknesses up to the skin depth of gold. These findings are in good agreement with a numerical model and pave the way to study field-mediated processes such as fluorescence, SERS, and localized chemistry at the same resonance wavelength but at varying degrees of field enhancement. 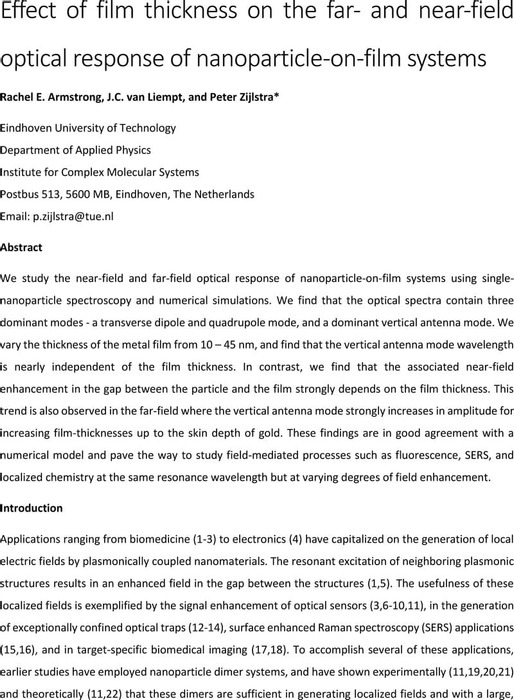 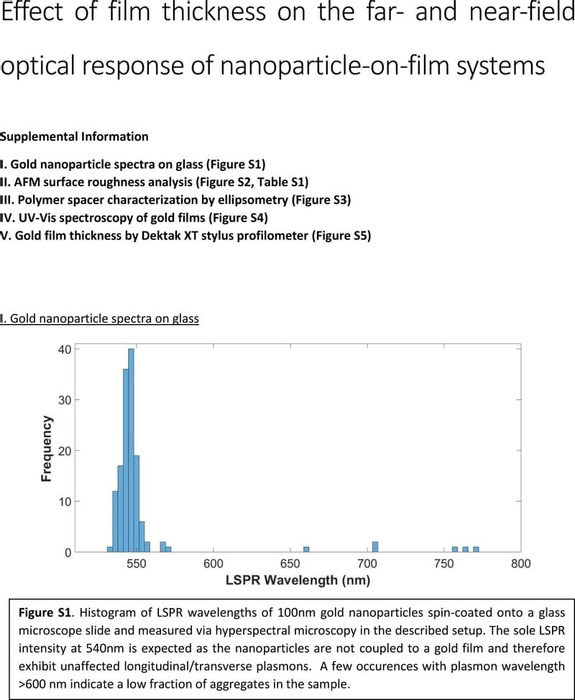 We are encoding your file so that it is compatible across browsers, depending on file size and type this may take some time.
supp info