A small organic cage molecule (1) containing six nitrile groups was crystallized in the presence of a number of guests with hydrogen bond donor groups, and from different solvents. In total, eight crystal structures of 1 were obtained, six of which are guest-free and two of which are co-crystals. When the guest was resorcinol or pyrogallol co-crystals did not form, but the presence of the guests directed formation of new crystalline phases that were not observed when the cage was crystallized alone. When the guest was hydroquinone or diaminobenzene, it was possible to isolate co-crystals where the guest hydrogen bonds to some of the nitrile groups of the cage. 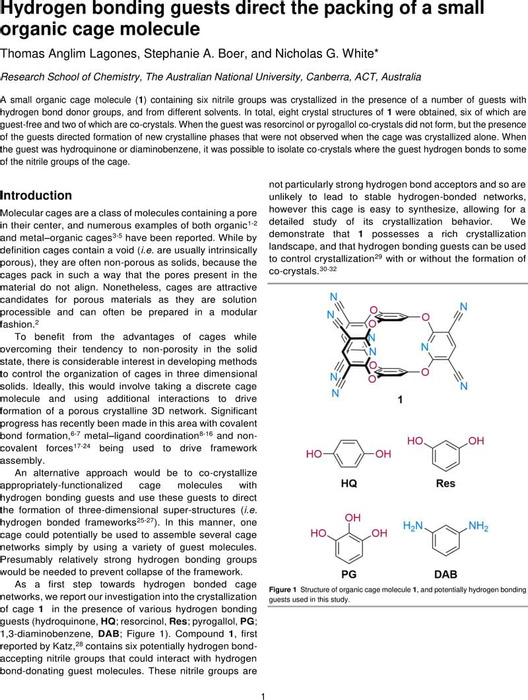 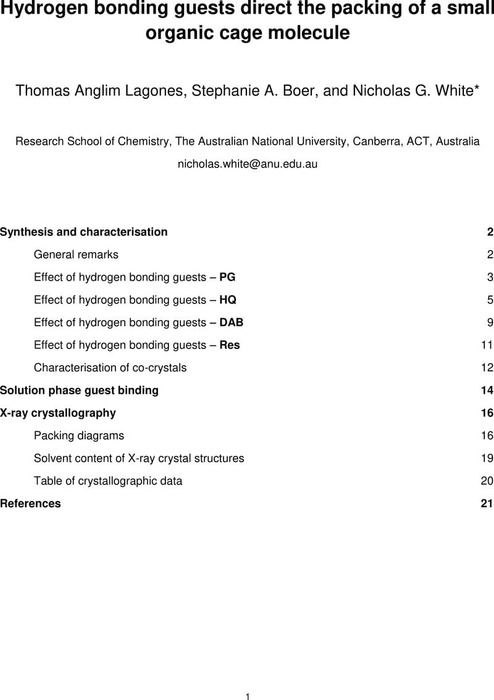 We are encoding your file so that it is compatible across browsers, depending on file size and type this may take some time.
Anglim Lagones et al SI