We demonstrate that a fused silica substrate can be rendered active for acetaldehyde (CH3CHO) synthesis from a gas mixture of carbon monoxide (CO) and methanol (CH3OH) under mild process conditions (308 kPa and 393 K) by deposition first of a homogenous single-layer MoS2 film and subsequently of a sub-mnonolayer (1 Angstrom) loading of gold. In operando monitoring of the catalyst performance in a flow reactor reveals uncompromised activity even after 2 hours on stream. The carbonylation of methanol to a C2 species represents a crucial step toward the formation of higher alcohols from syngas derived from methane or biomass. Characterization of the film by imaging and spectroscopy reveals that the single-layer MoS2 film disperses the gold loading into nanoscale islands; density functional theory (DFT) calculations identify low-coordinated edge sites on these islands as active centers for the carbon-carbon coupling at barriers significantly below 1 eV. 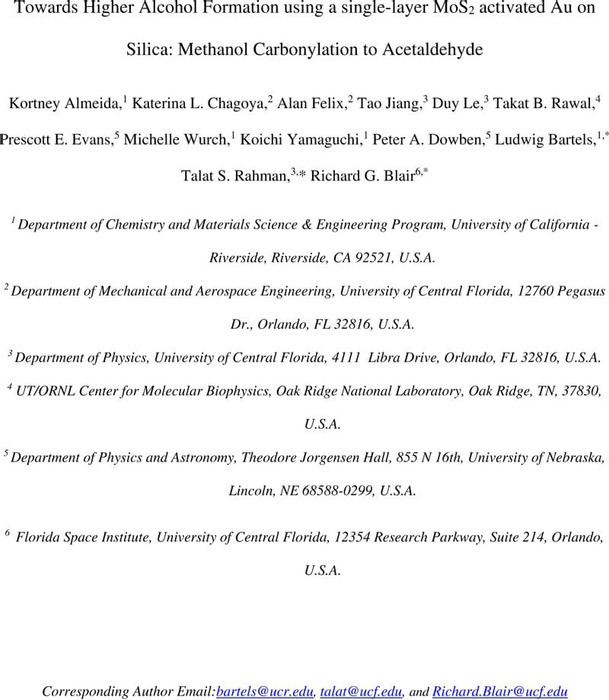