Interconnecting the surfaces of nanomaterials without compromising their outstanding mechanical, thermal, and electronic properties is critical in the design of advanced bulk structures that still preserve the novel properties of their nanoscale constituents. As such, bridging the p-conjugated carbon surfaces of single-walled carbon nanotubes (SWNTs) has special implications in next-generation electronics. This study presents a rational path towards improvement of the electrical transport in aligned semiconducting SWNT films by deposition of metal atoms. The formation of conducting Cr-mediated pathways between the parallel SWNTs increases the transverse (intertube) conductance, while having negligible effect on the parallel (intratube) transport. In contrast, doping with Li has a predominant effect on the intratube electrical transport of aligned SWNT films. Large-scale first-principles calculations of electrical transport on aligned SWNTs show good agreement with the experimental electrical measurements and provide insight into the changes that different metal atoms exert on the density of states near the Fermi level of the SWNTs and the formation of transport channels. 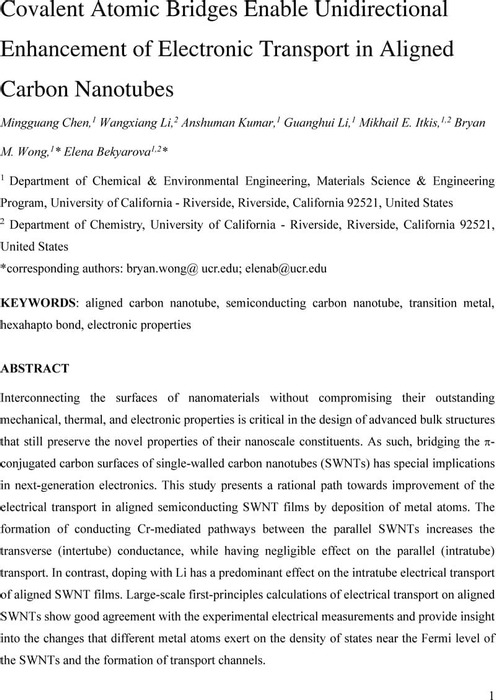 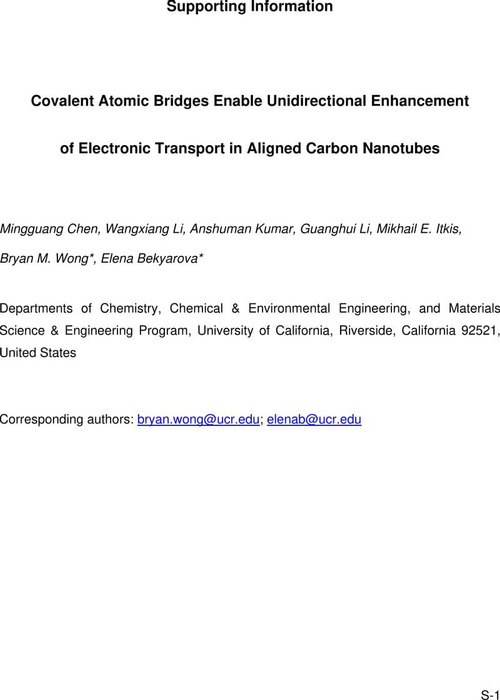