The Pd-catalyzed cross-coupling of thiols with aromatic electrophiles is a reliable method for the synthesis of aryl thioethers, which are important compounds for pharmaceutical and agricultural applications. Since thiols and thiolates strongly bind late transition metals, previous research has focused on catalysts supported by chelating, bisphosphine ligands, which were considered less likely to be displaced during the course of the reaction. We show that by using monophosphine ligands instead, more effective catalysis can be achieved. Notably, compared to previous methods, this increased reactivity allows for the use of much lower reaction temperature, soluble bases, and base-sensitive substrates. In contrast to conventional wisdom, our mechanistic data suggest that the extent of displacement of phosphine ligands by thiols is, firstly, not correlated with the ligand bulk or thiol nucleophilicity, and secondly, not predictive of the effectiveness of a given ligand in combination with palladium. 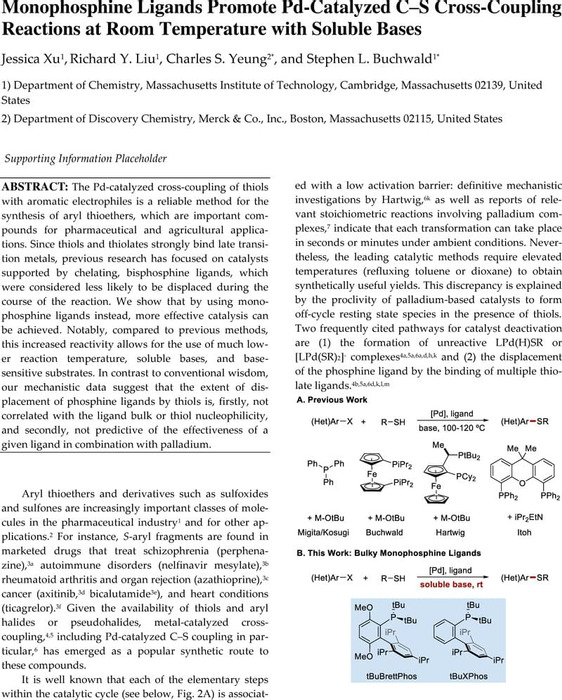 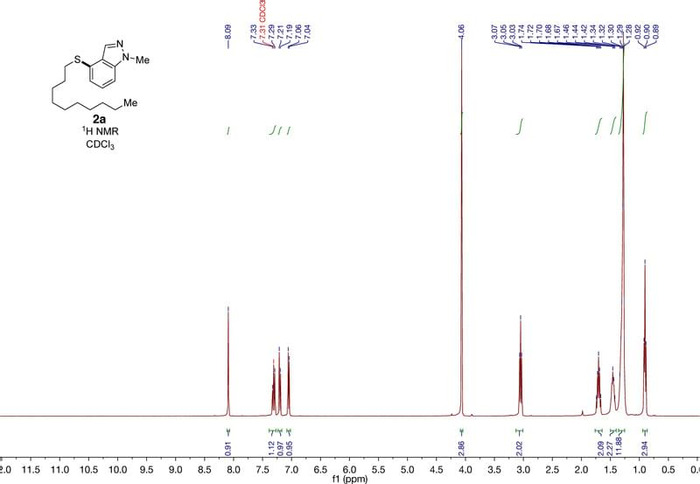 We are encoding your file so that it is compatible across browsers, depending on file size and type this may take some time.
C-S coupling NMR Spectra 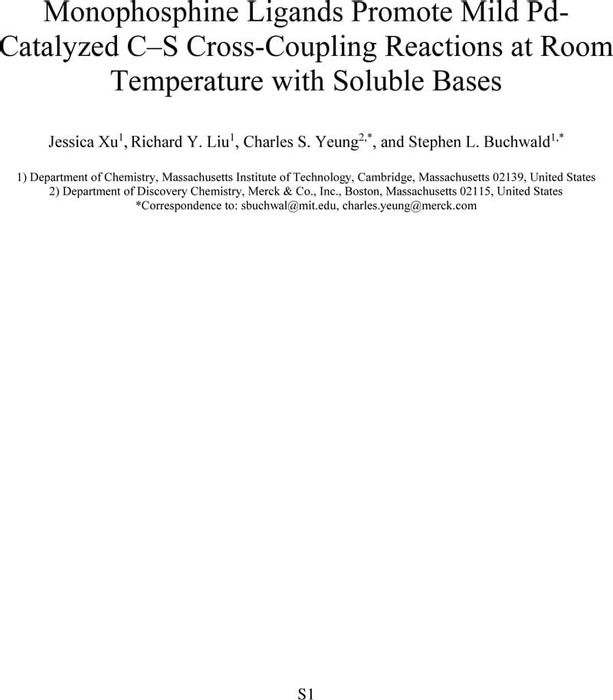 We are encoding your file so that it is compatible across browsers, depending on file size and type this may take some time.
C-S coupling SI

No conflicts of interest to declare.