Effect of Symmetric and Asymmetric Substitution on the Optoelectronic Properties of 9,10-Dicyanoanthracene

A set of substituted 9,10-dicyanoanthracenes (DCA) has been synthesized, their photophysical and electrochemical properties in liquid solution have been characterized and supplemented by high level ab initio quantum chemical calculations. Three different methoxy-group-containing substituents have been linked to the DCA core in a symmetric and asymmetric fashion to produce six different species with strong quadrupole and dipole moments, respectively. The major difference between the symmetrically and asymmetrically substituted species are the enhanced two-photon absorption intensities of the former. In most of the cases studied, the molecules show reasonably large optical transition probabilities. The fluorescence brightness of these substances makes them interesting objects for two-photon absorption applications. Additionally, all molecules can be both easily reduced and oxidized electrochemically and are therefore suitable for optoelectronic applications. 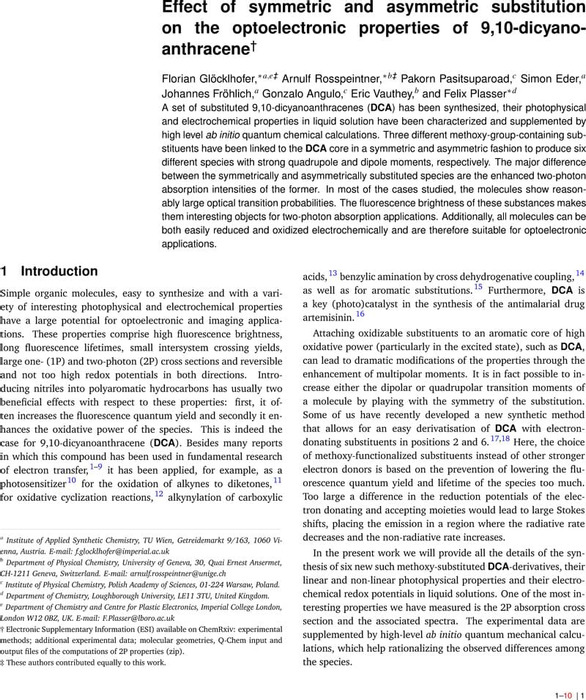 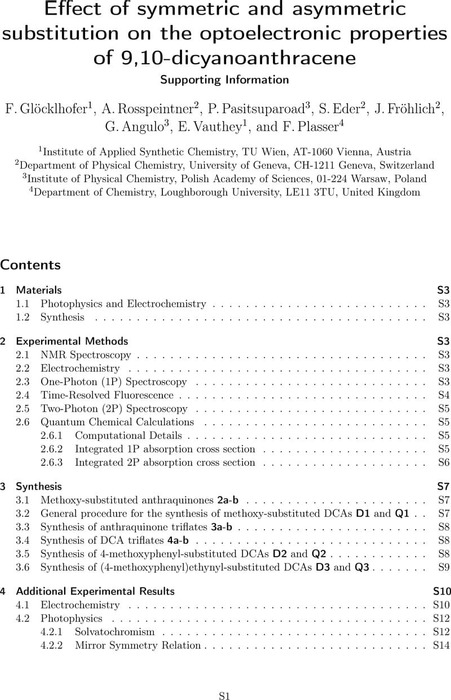 We are encoding your file so that it is compatible across browsers, depending on file size and type this may take some time.
SI RSC final-2

We are encoding your file so that it is compatible across browsers, depending on file size and type this may take some time.
ResearchData