A broad computational analysis of carbon-centered radical formation via the loss of either CO2 or SO2 from the respective RXO2 radical precursors (X = C or S) reveals dramatic differences between these two types of dissociative processes. Whereas the C-C scission with the loss of CO2 is usually exothermic, the C-S scission with the loss of SO2 is generally endothermic. However, two factors can make the C-S scissions thermodynamically favorable: increased entropy, characteristic for the dissociative processes, and stereoelectronic influences of substituents. The threshold between endergonic and exergonic C-S fragmentations depends on subtle structural effects. In particular, the degree of fluorination in a radical precursor has a notable impact on the reaction outcome. This study aims to demystify the intricacies in reactivity regarding the generation of radicals from sulfinates and carboxylates, as related to their role in radical cross-coupling. 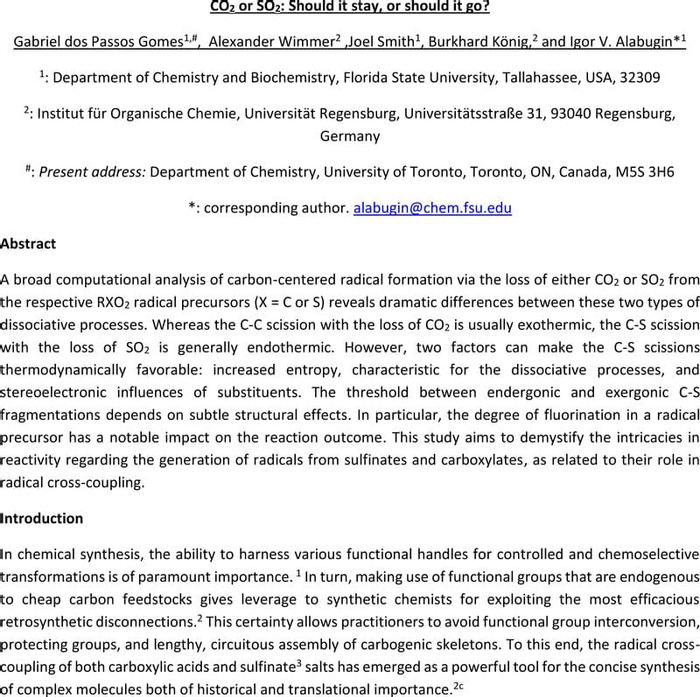