One-pot reactions of simple precursors, such as those found in the formose reaction or formamide condensation, continuously lead to combinatorial explosions in which simple building blocks capable of function exist, but are in insufficient concentration to self-organize, adapt, and thus generate complexity. We set out to explore the effect of recursion on such complex mixtures by ‘seeding’ the product mixture into a fresh version of the reaction, with the inclusion of different mineral environments, over a number of reaction cycles. Through untargeted UPLC-HRMS analysis of the mixtures we found that the overall number of products detected reduces as the number of cycles increases, as a result of recursively enhanced mineral environment selectivity, thus limiting the combinatorial explosion. This discovery demonstrates how the involvement of mineral surfaces with simple reactions could lead to the emergence of some building blocks found in RNA, Ribose and Uracil, under much simpler conditions that originally thought. 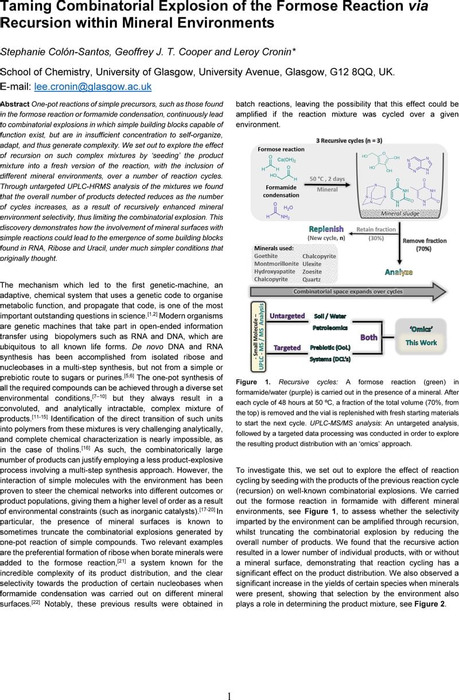