para-nitrophenyl acetate hydrolysis is studied under vibrational strong coupling in a Fabry-Perot cavity. By tuning the cavity resonance to the C=O vibrational stretching mode of both the reactant and solvent molecules, it is found that the reaction is accelerated by an order of magnitude. It is shown that this cavity catalysis involves a co-operative strong coupling effect between the solvent and reactant molecules. The reaction rate follows an exponential relation with respect to the solvent coupling strength. The combination of co-operative effects and cavity catalysis confirms the potential of VSC as a new frontier in chemistry. 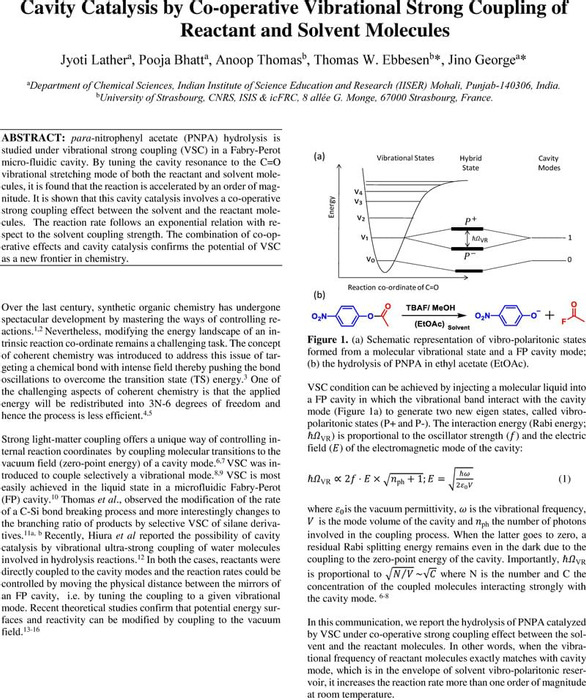