Exposure of polar bears (Ursus maritimus) to persistent organic pollutants was discovered in the 1970s, but recent evidence suggests the presence of unknown toxic chemicals in their blood. Protein and phospholipid depleted serum was stirred with polyethersulfone capillaries to extract a broad range of analytes, and nontarget mass spectrometry with “fragmentation flagging” was used for detection. Hundreds of analytes were discovered belonging to 13 classes, including novel polychlorinated biphenyl (PCB) metabolites and many fluorinated or chlorinated substances not previously detected. All analytes were detected in the oldest (mid-1980s) archived polar bear serum from Hudson Bay and Beaufort Sea, and all fluorinated classes showed increasing trends. A mouse experiment confirmed the novel PCB metabolites, suggesting that these could be widespread in mammals. Historical exposure and toxic risk has been underestimated, and emerging contaminants pose uncertain risks to this threatened species

this is the first version submitted to a journal 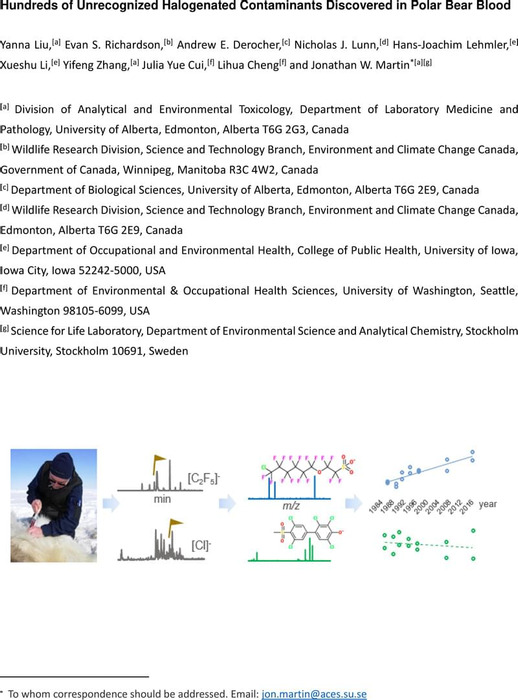 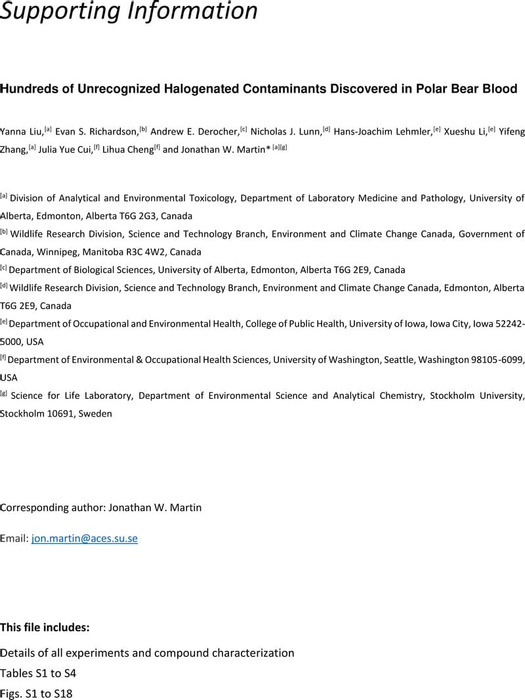 We are encoding your file so that it is compatible across browsers, depending on file size and type this may take some time.
20181121 Chemrxiv SI