There is an increasingly large amount of interest in metal-organic frameworks (MOFs) for a variety of applications, from gas sensing and separations to electronics and catalysis. Their exciting properties arise from their modular architectures, which self-assemble from different combinations of metal-based and organic building units. However, the exact mechanisms by which they crystallize remain poorly understood, thus limiting any realisation of real “structure by design”. We report important new insight into MOF formation, gained using in situ X-ray diffraction, pH and turbidity measurements to uncover for the first time the evolution of metastable intermediate species in the canonical zeolitic imidazolate framework system, ZIF-8. We reveal that the intermediate species exist in a dynamic pre-equilibrium prior to network assembly and, depending on the reactant concentrations and the progress of reaction, the pre-equilibrium can be made to favour under- or over-coordinated species, thus accelerating or inhibiting crystallization, respectively. We thereby find that concentration can be effectively used as a synthetic handle to control particle size, with great implications for industrial scale-up and gas sorption applications. These finding enables us to rationalise the apparent contradictions between previous studies and, importantly, opens up new opportunities for the control of crystallization of network solids more generally, from the design of local structure to assembly of particles with precise dimensions. 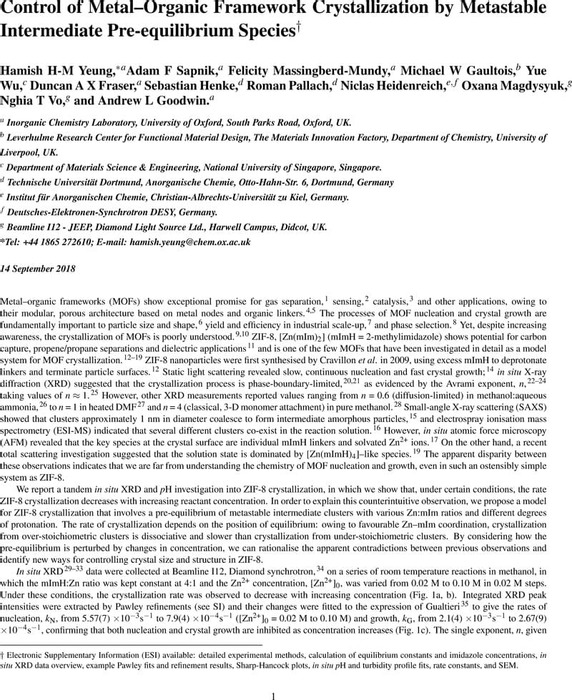 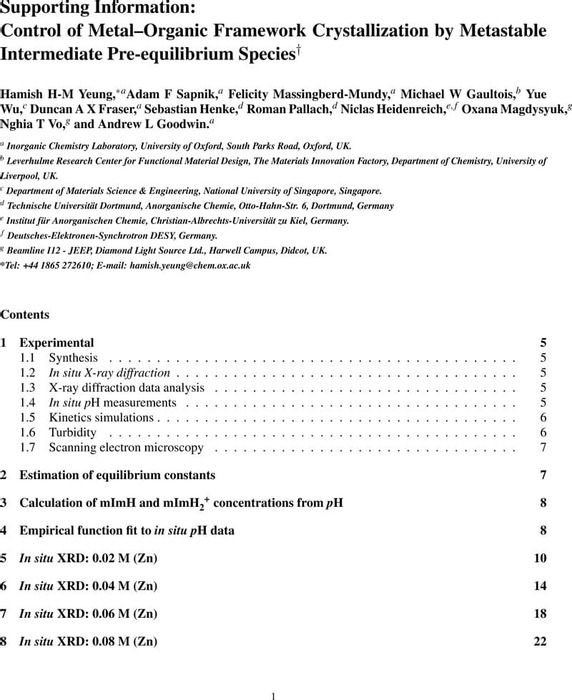 We are encoding your file so that it is compatible across browsers, depending on file size and type this may take some time.
ZIF8 insitu-SI new