Pore-functionalization has been explored by several groups as a strategy to control DNA translocation through solid-state nanopores. Here we present a hybrid nanopore system consisting of single-layer graphene and a DNA origami layer to achieve base-selective control of DNA translocation rate through aligned nanopores of the two layers. This is achieved by incorporating unpaired dangling bases called overhangs to the origami near the pore region. Molecular dynamics simulations were used to optimize the design of the origami nanopore and the overhangs. Specifically, we considered the influence of the number and spatial distribution of overhangs on translocation times. The simulations revealed that specific interactions between the overhangs and the translocating single stranded DNA resulted in base-specific residence times. 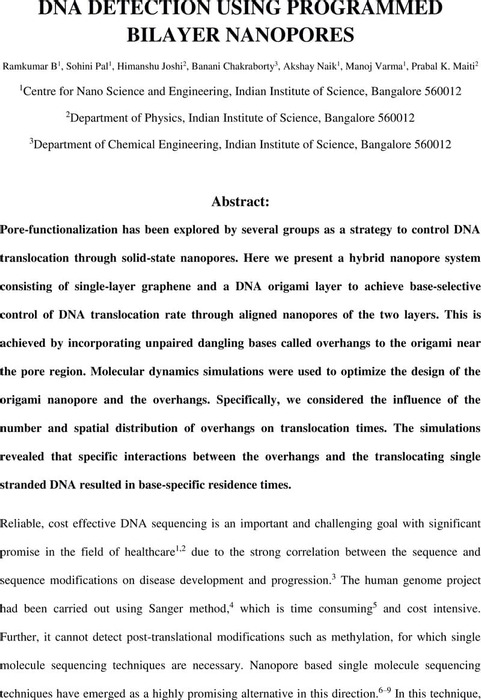 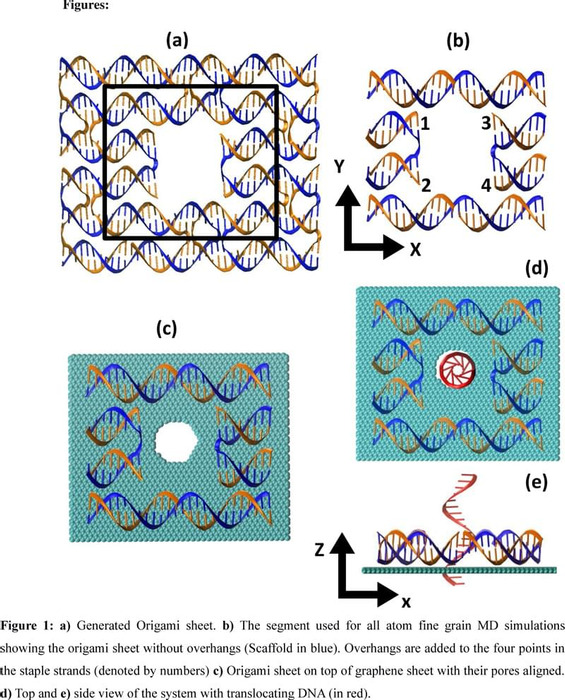 We are encoding your file so that it is compatible across browsers, depending on file size and type this may take some time.
Nanopore figures 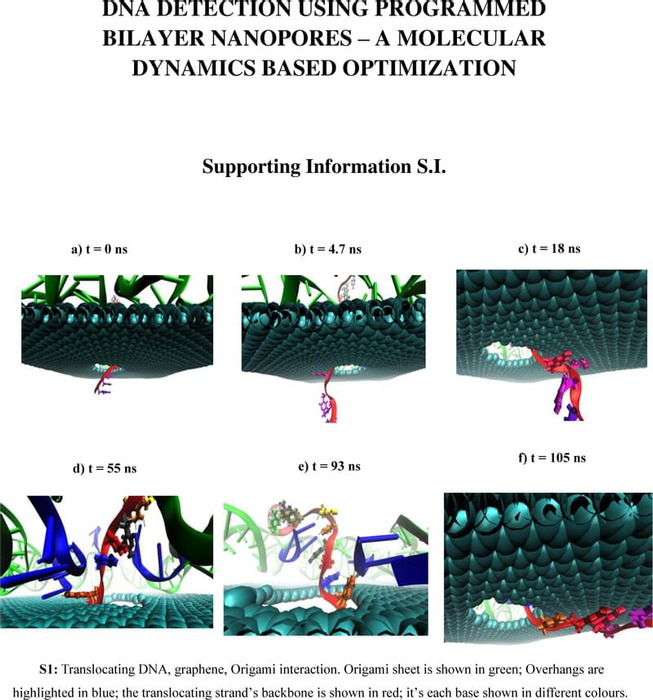 We are encoding your file so that it is compatible across browsers, depending on file size and type this may take some time.
Nanopore SI