The stability and wide availability of carboxylic acids make them valuable reagents in chemical synthesis. Most transition metal catalyzed processes using carboxylic acid substrates are initiated by a decarboxylation event that generates reactive carbanion or radical intermediates. Developing enantioselective methodologies relying on these principles can be challenging, as highly reactive species tend to react indiscriminately without selectivity. Furthermore, anionic or radical intermediates generated from decarboxylation can be incompatible with protic and electrophilic functionality, or groups that undergo trapping with radicals. We demonstrate that metal-catalyzed enantioselective benzylation reactions of allylic electrophiles can occur directly from aryl acetic acids. The reaction proceeds via a pathway in which decarboxylation is the terminal event, occurring after stereoselective carbon–carbon bond formation. The mechanistic features of the process enable enantioselective benzylation without the generation of a highly basic nucleophile. Thus, the process has broad functional group compatibility that would not be possible employing established protocols. 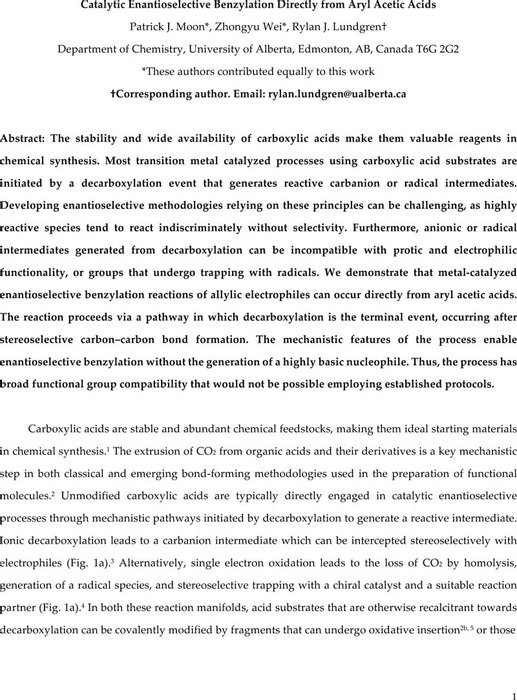 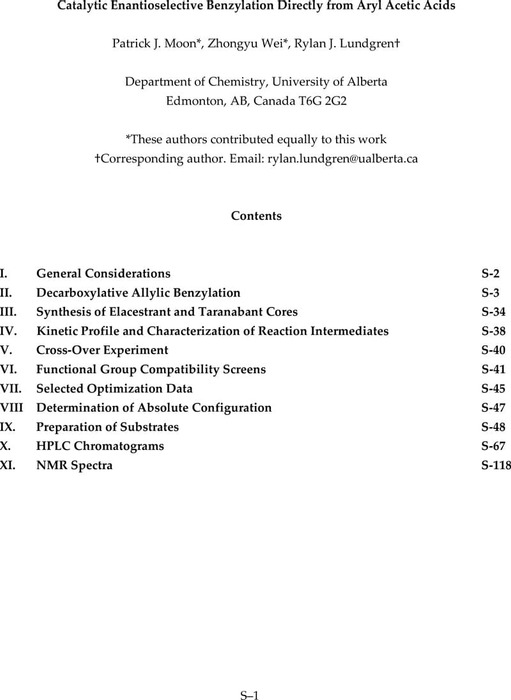 We are encoding your file so that it is compatible across browsers, depending on file size and type this may take some time.
Direct Enantioselective Benzylation SI