The formation of carbon chains by the coupling of COx (X = 1 or 2) units on transition metals is a fundamental step relevant to Fischer-Tropsch catalysis. Fischer-Tropsch catalysis produces energy dense liquid hydrocarbons from synthesis gas (CO and H2) and has been a mainstay of the energy economy since its discovery nearly a century ago. Despite detailed studies aimed at elucidating the steps of catalysis, experimental evidence for chain growth (Cn to Cn+1 ; n > 2) from the reaction of CO with metal complexes is unprecedented. In this paper, we show that carbon chains can be grown from sequential reactions of CO or CO2 with a transition metal carbonyl complex. By exploiting the cooperative effect of transition and main group metals, we document the first example of chain propagation from sequential coupling of CO units (C1 to C3 to C4), along with the first example of incorporation of CO2 into the growing carbon chain. 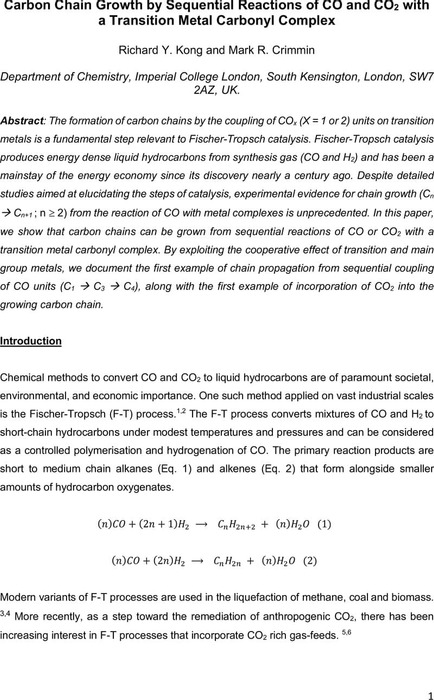 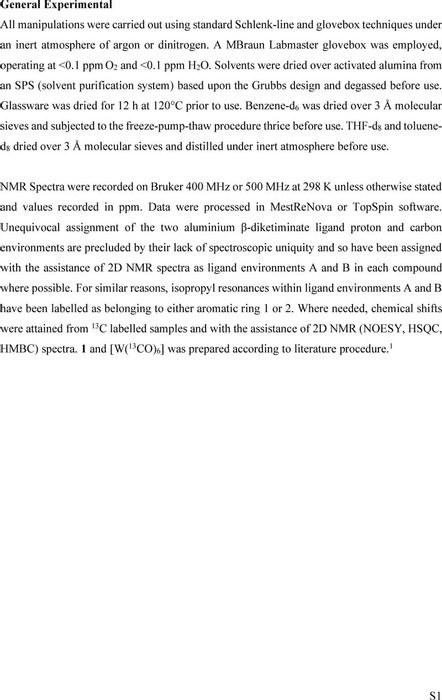 The authors declare no conflict of interests.