Bio-inspired functional microcapsules stabilised with surfactants, copolymers, and nano/microparticles have attracted much attention in many fields from physical/chemical science to artificial cell engineering. Although the particle-stabilized microcapsules have advantages for their stability and rich ways for functionalisation such as surface chemical modifications and shape control of particles, versatile methods for their designable functionalisation are desired to expand their possibilities. Here, we report a DNA-based microcapsule composed of a water-in-oil microdroplet stabilised with amphiphilised DNA origami nanoplates. By utilising function programmability achieved by DNA nanotechnology, the DNA nanoplates were designed as a nanopore device for ion transportation as well as the interface stabiliser. Microscopic observations showed that the microcapsule formed by amphiphilic DNA nanoplates accumulated at the oil-water interface. Ion current measurements demonstrated that pores in the nanoplates functioned as ion channels. These findings provide a general strategy for programmable designing of microcapsules for engineering artificial cells and molecular robots. 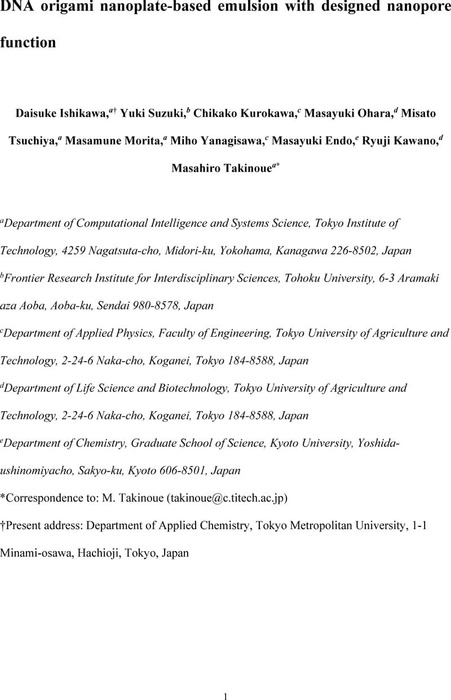 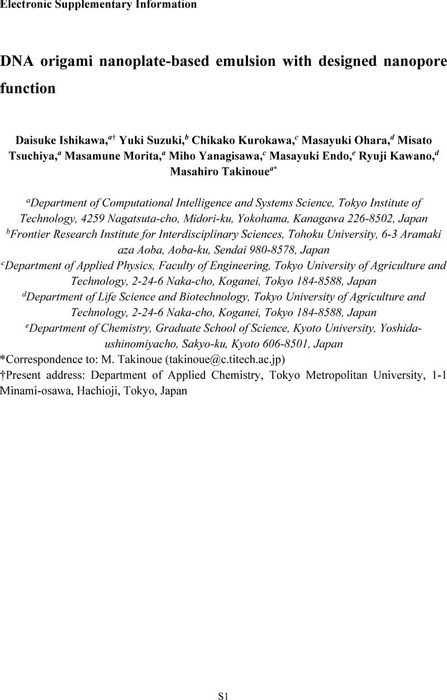 We are encoding your file so that it is compatible across browsers, depending on file size and type this may take some time.
Supplementary information