On the State and Stability of Fuel Cell Catalyst Inks

Catalyst layers (CL), as an active component of the catalyst coated membrane (CCM), form the heart of the proton electrolyte membrane fuel cell (PEMFC). For optimum performance of the fuel cell, obtaining suitable structural and functional characteristics for the CL is crucial. Direct tuning of the microstructure and morphology of the CL is non-trivial; hence catalyst inks as CL precursors need to be modulated, which are then applied onto a membrane to form the CCM. Obtaining favorable dispersion characteristics forms an important prerequisite in engineering catalyst inks for large scale manufacturing. In order to facilitate a knowledge-based approach for developing fuel cell inks, this work introduces new tools and methods to study both the dispersion state and stability characteristics, simultaneously. Catalyst inks were prepared using different processing methods, which include stirring and ultrasonication. The proposed tools are used to characterize and elucidate the effects of the processing method. Structural characterization of the dispersed particles and their assemblages was carried out by means of transmission electron microscopy. Analytical centrifugation (AC) was used to study the state and stability of the inks. Herein, we introduce new concepts, S score, and stability trajectory, for a time-resolved assessment of inks in their native state using AC. The findings were validated and rationalized using transmittograms as a direct visualization technique. The flowability of inks was investigated by rheological measurements. It was found that probe sonication only up to an optimum amplitude leads to a highly stable colloidal ink. 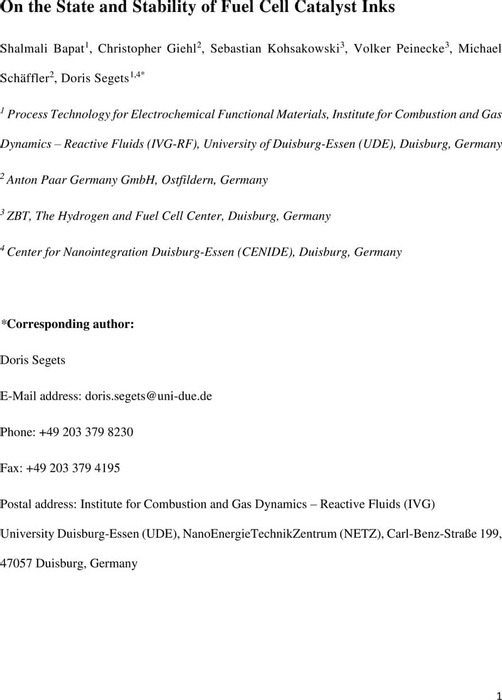 download asset 2021-05_02_manuscript.pdf 1 MB [opens in a new tab] cloud_download
pdf : 1 MB
We are encoding your file so that it is compatible across browsers, depending on file size and type this may take some time. 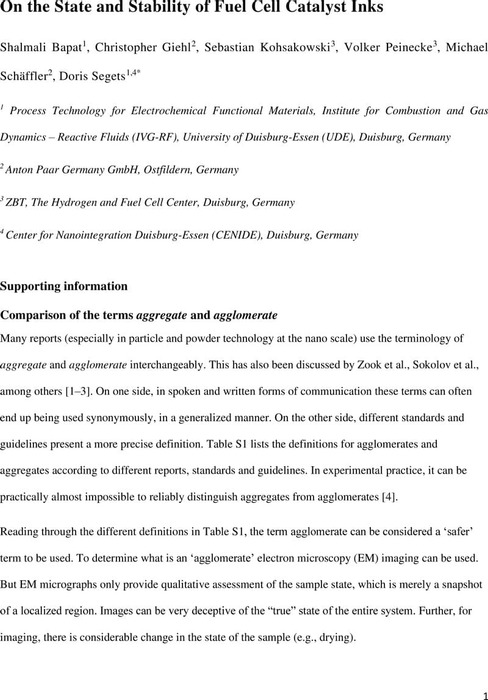